Recently, Chromebooks have been making great headway into the portable computer market. Not only are they extremely easy to use, but they’re also fast, lightweight and reliable even on lower-end laptops. ChromeOS keeps getting better and better as time passes, and it’s starting to compete with Microsoft’s own Windows OS. So, which one would you pick when both of them are so similar in terms of quality? Here in this article, we’ll talk about everything in detail regarding Chromebooks Vs Windows Laptops. 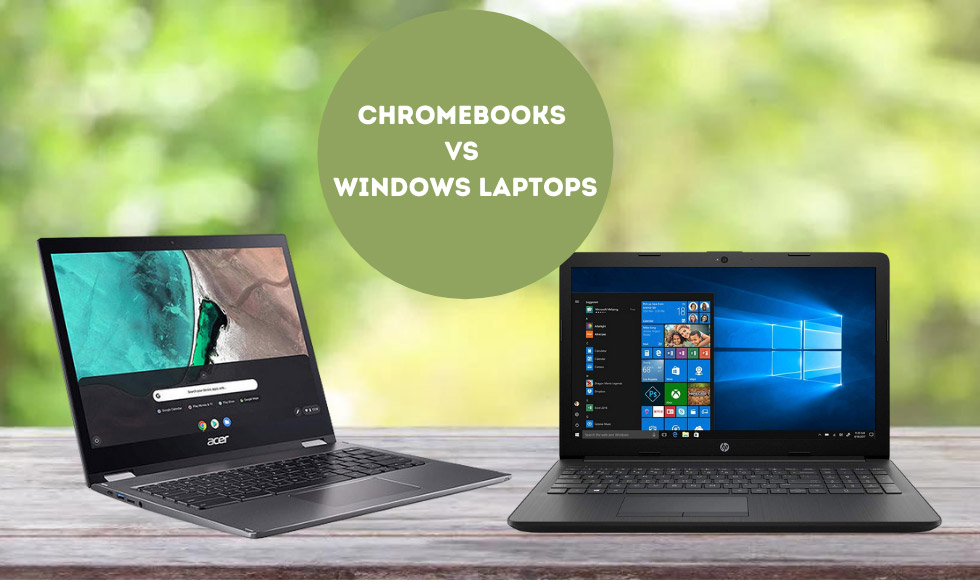 The differences may seem small, but when you look deeper into them, they can significantly change the way you use the laptop.

Chromebooks work exactly like any other laptop. However, the OS they use sets them apart completely from any laptops with other operating systems. They wouldn’t do much at an earlier point, but they can easily compete with other popular operating systems due to recent updates from Google.

They run Chrome OS, which is a Web-based OS created by Google. Of course, you can use the web on a Windows laptop, but the way Chromebooks integrate the internet into their software can really allow you to get a lot done.

Many applications you like using may only run on Windows, but there’s still a lot of alternatives you can try on Chrome OS. In fact, the choice of applications is quite diverse, as you can run Web-apps and other basic applications on some Chromebooks and run Android apps.

The entire OS is essentially a browser that can run more software than it’s Windows counterparts. As most of the operations are web-based, Chromebooks can work incredibly fast as well, even when used on a cheap laptop.

Of all the laptops available on the market, Windows laptops are the most popular, and they deserve popularity because of how much power and reliability they offer. Microsoft has been around for decades and has bought out several variations of Windows, improving it with every iteration.

At this point, it has the strongest position when it comes to operating systems. Even Apple’s own Mac OS is hard-pressed to compete with the power of Windows.

As you can see, both operating systems significant advantages and disadvantages. Still, it can be easy to choose the right OS for yourself if you know everything you need to do with a laptop.

Chromebooks are definitely the best choice if everything you’ll need to do can be done on a web-app, web browser or on Android app. Plus, you’ll have even more versatility now because the OS has begun supporting Linux, which is extremely versatile and powerful. Lastly, you get great performance even at a lower price.

On the other hand, Windows laptops will allow you to have stronger hardware and allow you to access a wider range of applications. If you know how to speed up laptops, you can easily keep a low-end Windows laptop running fast enough as well. For instance, there are many powerful laptops under Rs. 30000 that can get a huge boost in performance with the right tweaks.

Alternatives to Chromebooks and Windows Laptops

There are a lot of things you should think about when it comes to Chromebooks Vs Windows Laptops. However, you have a lot of other powerful operating systems you can choose to use as well. Most don’t come initially installed on a laptop, but with some basic computer knowledge and tutorials, you can easily install them.

Mac OS is another great pre-installed option, though. It’s run through some of Apple’s most powerful hardware, so you can expect a flawless performance. However, the price might be an issue for you. Mac OS is only available on Apple products, and it cannot be installed on other laptops. You have to have a big budget, as most Apple laptops are incredibly expensive.

Ubuntu is a Linux-based operating system capable of a lot of complex tasks while being more lightweight than its Windows counterpart at the same time. It’s viable for regular use, so if you have some advanced knowledge about using computers, you can get just about anything done on it. It’s great for Open Source Downloading as well.

Android-86x is an OS that places you on a strictly Android-oriented environment. Chromebooks can run Android too, but if you want your laptop to work like an Android and look like one as well, then this is one of the best operating systems you can go for.

CentOS is geared more towards programmers. It can get normal tasks done, but it’s also equipped with a design suited for programming and other sorts of coding related tasks.

Linux Mint is a beginner-friendly Linux distribution that counts as a great starting point for any user coming from Windows, Chrome OS or Mac OS. Its interface design is unique but very easy to navigate and still similar to the other operating systems. It’s also very fast.

1. Which OS has more value for the money?

In terms of raw power and easier versatility, Windows easily beats Chrome OS. However, you get more in a Chromebook than Google’s Chrome OS. The most notable of thee additional benefits is that you get 100 GBs of Google Drive storage, three free Google Play movies and even 3 months (90 Days) of full access to Google Play Music.

Chrome OS is a Web OS, but it works fundamentally different from other operating systems. The latter operating systems run using the computer’s hardware for the most part- the computer’s physical hardware handles nearly all processes. However, when it comes to a Web OS, data processing occurs mostly on the Web. Even most of the applications are stored on the web, or a part of them are stored there.

Such a system operates like every other OS on the surface level, but it’s only so fast because of this way of handling data. This is also the reason why most Chromebooks can’t properly utilise the power of their hardware.

3. Which OS is best for overall performance?

Windows may be the best when it comes to running heavy applications. But, if you only do basic things every day like browsing, chatting or writing documents, you’ll find Chromebooks to be faster because of the smoother navigation. Although, that might change based on the quality of your internet.

4. Are Chromebooks best for students?

Chromebooks can work out better for a student as they’re more reliable and long-lasting performance while being cheaper at the same time. It can provide access to all the necessary apps and offer basic entertainment. If you have a large budget, you can also find the best laptops for students that perform better with Windows.

No, they have very little to no support for Windows applications, and Mac OS apps don’t work on them at all.

6. Do I need to install an Anti-virus on a Chromebook?

You don’t. Chromebooks have better security than Windows Laptops- they use process sandboxing, data encryption and even secure boot processes to keep files safe from viruses and malware. Not to mention, most viruses are designed to infiltrate Windows, so they won’t be compatible with Chrome OS anyway.

7. Can I install Chrome Os on a Windows Laptop?

No, Google makes it strictly usable on only Chromebooks. The OS can’t even be downloaded and installed from anywhere. The only way to install the OS on a regular computer is to take its source code and create the entire system yourself, which can be a very complicated and time-consuming process.

No. There isn’t a version of iTunes designed for Chrome OS. It only supports Windows and Mac OS. You can still use Apple Music, though. It’s available on the Google Play Store on a Chromebook that supports Android applications.

9. Is Chrome OS based on Linux?

Yes, it’s a distribution of the Linux kernel. Although, you won’t find the same amount of customizability available on the open Linux distros.

10. Where does the pricing of a Chromebook start from?

Chromebooks usually cost around Rs 20000 at the minimum, and for the more premium versions, the price is much higher. There are Chromebooks from brands like HP, many of which cost the earlier mentioned price. Official Chromebooks from Google itself can cost as much as Rs 80000.

As you can see, when it comes to Chromebooks VS Windows Laptops, the choice is easy once you know exactly what you’re looking for. Overall, Windows is still the best, but both operating systems are excellent on their own, and they’re some of the best out there. 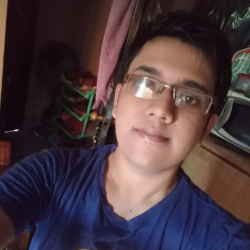