The scarcity of pure drinking water in India is increasing day-by-day. Due to the ever-growing rate of pollution, the number of waterborne diseases is amplifying as well. That, in turn, affects the health and the wealth of the country’s residents. 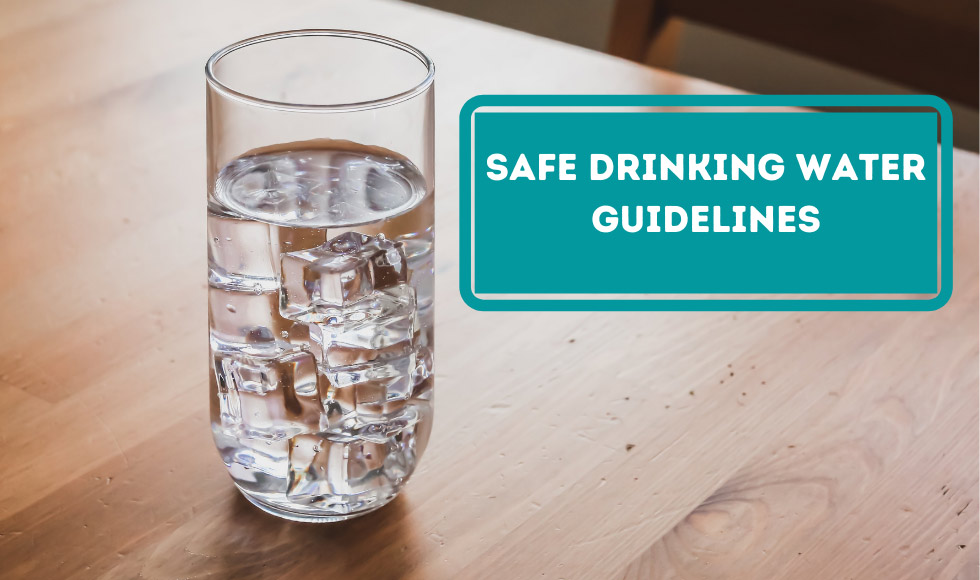 Recent research in this context has revealed that around 38 million Indian residents suffer from water-related ailments every year. Moreover, it has also been shown that almost 10% of Indians are currently drinking impure water to save their lives. The report has also estimated that India is going to be listed as a water-stressed country by 2022. Sounds horrific, doesn’t it?

However, if we all try our best, then this issue can be countered quite easily, by taking some safety measures, such as using the best water purifier. However, before knowing about the solutions, we will, first, need to know about the sources of impurities. Moreover, we would have to acknowledge the safe drinking water guidelines as well. So, without any further ado, let’s get started.

The sources of drinking water in India get contamination due to two reasons, which are – natural and human-made. The natural ones generally include any disaster, such as storms or volcanic eruption, that isn’t related to humans.

Due to the sudden onset of a calamity, various metalloids and toxic substances mix up with the water bodies and make them impure. So, if anyone drinks that water, then they might get affected by waterborne disease.

Now, let’s move on to the human-made category. Various working methodologies of us, humans, can also affect the quality of water. For starters, the overuse of pesticides can affect both the surface water as well as groundwater sources.

Secondly, the disposal of industrial wastages can also contaminate water pretty dearly. According to a report, almost 58% of India’s water pollution cases are caused by Industrial wastage abuses.

Thirdly, human-made air pollution can also indirectly cause water pollution. For example, cars generally tend to exert led-mixed smoke, which gets dissolved in the air. However, as the metalloid particles are pretty heavy, they can’t float for a prolonged period. So, in some cases, they fall into a water body and pollute it.

Due to human-made issues, water pollution is increasing daily. You will probably get astonished to know that India currently has more than six million active water sources. However, still, we are facing this farce of water scarcity.

What about the Guidelines?

So, to make Indian residents aware of this erratic condition, safe drinking water guidelines have been released. Let’s check it out.

These are some of the most prominent contaminants that have polluted the water sources in India massively.

Recommended Reading: A Brief Overview of Groundwater Pollution in India

How to Solve This Problem?

The pollutants, which we have mentioned above, are hazardous for our health. So, to stay away from them, we will have to practice caution and follow some essential tips. Here are some of them.

One of the best ways to avert the diseases caused by water-based contaminants is to use a water purifier. Through its advanced technology and mechanics, it can easily separate the water molecules from the metalloids. Hence, with them, you can drink pure water.

So, if you do live in an area where the metalloid-based issues are more prominent, we would suggest you buy the best RO water purifier. It will surely help you to adequately hydrated and stay healthy.

The whole procedure will take a lot of time, as the spread of contamination is quite massive in India. However, if they do progress by following the one-at-a-time rule, then they can comfortably take care of this situation within a few years.

Improper plastic or chemical disposal is probably the biggest reason for water pollution in India. So, industrialists need to be careful about this issue and try to dispose of the wastes in an environment-friendly manner.

Moreover, they can try to create a recycling method to reuse their wastages as well. It will both help them with their production and reduce the severity of water pollution altogether.

Water pollution has recently become a massive problem in India. So, to counter this situation, we will have to be more careful about everything. Otherwise, this issue will only keep growing and make us get confronted with a massive challenge in the future.

What Is Hard Water? All You Need To Know

What is Alkaline Water And What Are Its Benefits?

Different Types Of Water: Everything You Need To Know

Which are the best water purifier brands in India: 2022 Picks

How to find the Best Water Purifier: Buying Guide from the Experts

RO Water Purifier not working suddenly? Here’s what you need to do

How to check TDS of water

A Brief Overview of Groundwater Pollution in India