At this point, refrigerators have become a major part of people’s everyday routine. If your own refrigerator malfunctions, you’ll have a monkey wrench thrown into your plans for the day, and if the problem is significant enough, you even have to deal with spoiled food. Worry not, though- I’ve got your back. Here’s a comprehensive list of the most common refrigerator problems and some fixes you can try to get rid of them. Let’s get started. 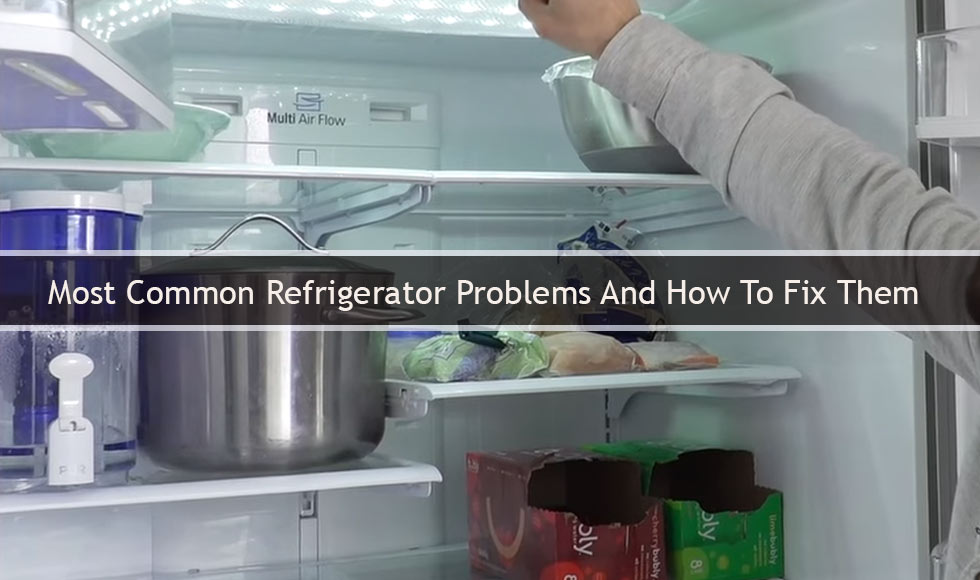 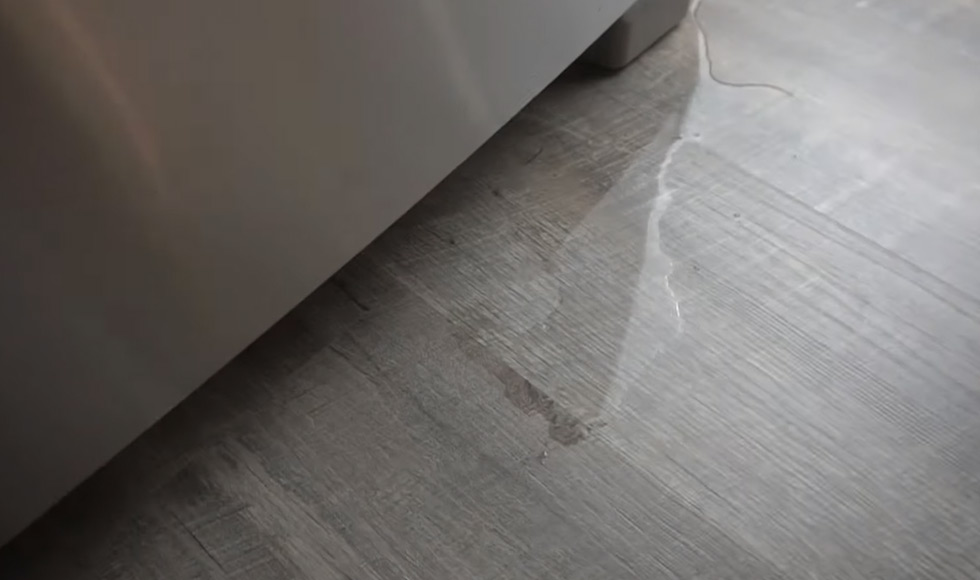 Normally, fridges have drainage systems to prevent any leaks. If your fridge is leaking water, then it’s likely because the drainage system has been blocked by dirt clogged up and hardened due to the cold temperatures. An easy fix to this issue is turning the fridge off entirely and leaving it like that for 8 hours. Before leaving it like that, you can also tilt the refrigerator backwards to make sure dirt goes out properly.

One last thing you can do to ensure the drainage system is fixed quickly and properly is to use a large syringe (without a needle) full of hot water. Put the syringe against the drainage outlet and shoot the water inside. If you still experience leakage problems even after all of that, then you won’t have any other choice but to take the fridge to a technician. 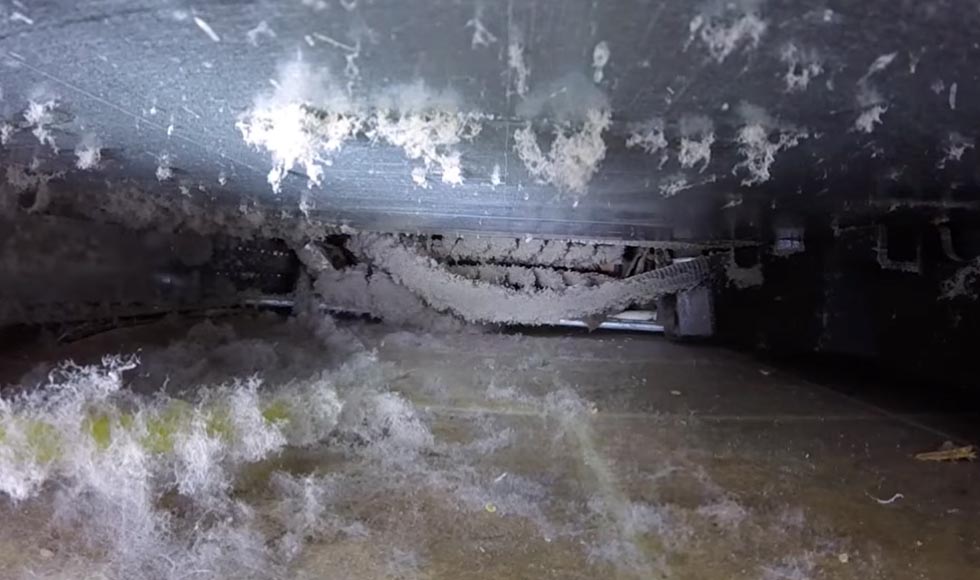 If the refrigerator isn’t cooling at all, then that could mean a host of problems with the refrigerator. In fact, there are so many possible reasons, we’ve got an entire post covering all of them. Here, I’ll talk about the most common reason this happens- the condenser coils get dirty. They’re normally located at the bottom back part of the fridge. Turn the appliance off and clean them up. To prevent such cooling problems from happening again, you should make a habit of cleaning the coils and the area they’re located inside.

3. Excessive Frost In The Freezer 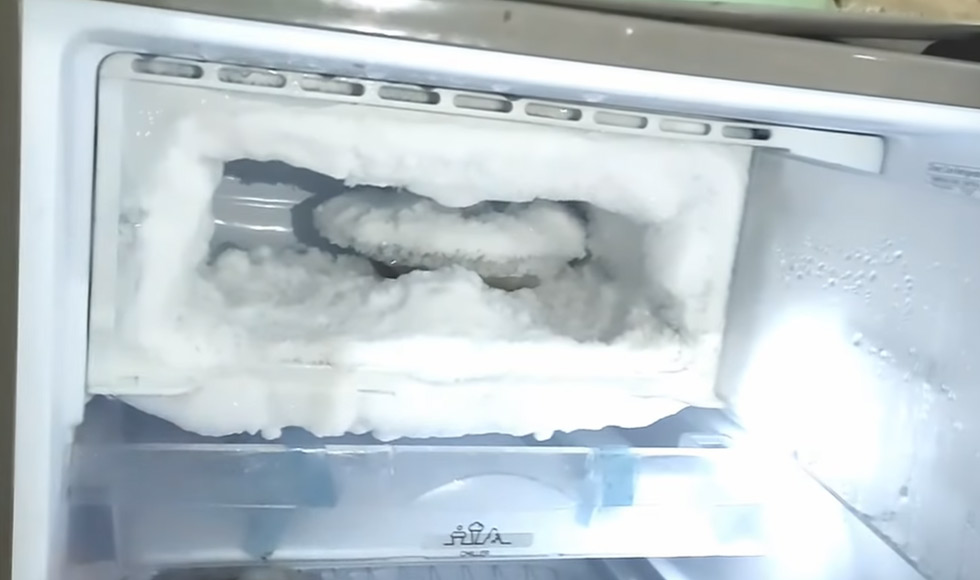 Too much frost inside the freezer compartment can lead to space issues and even affect the items inside it to some extent. Such a large amount of frost buildup is usually a result of a broken door seal. Leaving the compartment door open can also cause such an issue. That’s because the humidity levels inside the freezer go up in such situations. Take a look at the door, see if there are any cracks in the seal, and always make sure to close the door properly. That should solve your issue. If you find cracks on the seal, you have to get it replaced to prevent further problems. While you’re at it, try taking a look at your defrost sensor, too, in case it’s malfunctioning.

4. Issue With The Door 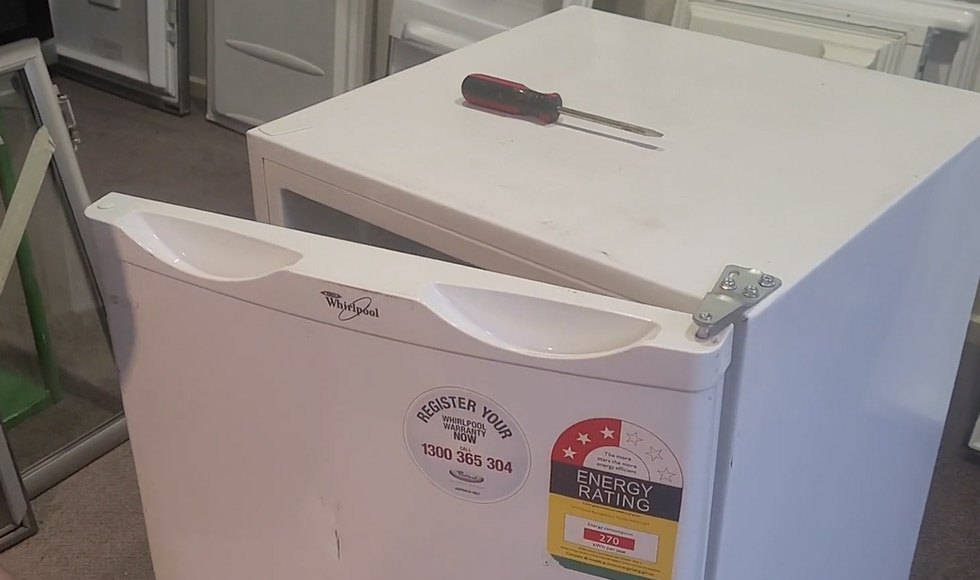 If your refrigerator’s door doesn’t close properly, don’t worry. You won’t have to put in much effort to fix this particular problem. That’s most likely because the gasket on the door has worn out. It’s pretty easy to replace, though. Get a new gasket first and make sure it’s appropriate for your specific refrigerator model. Once you have that, you can start with the installation.

There are a few things you need to keep in mind while you’re doing that: 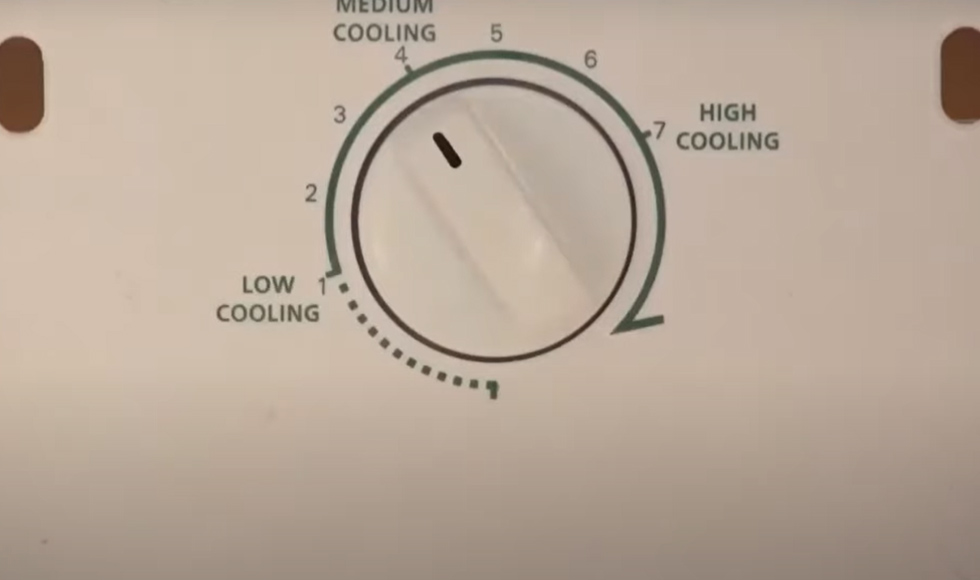 If a refrigerator isn’t cycling properly- something that happens when a user sets the temperature too low, then its power consumption can go up significantly. The solution to this is obvious; adjust your fridge’s temperature. Keep increasing it until your fridge is making a little less noise. If that happens, then the issue should be taken care of. You can also check on the condenser coils and do a little maintenance to further ensure that the fridge cycles properly.

6. Makes Too Much Noise 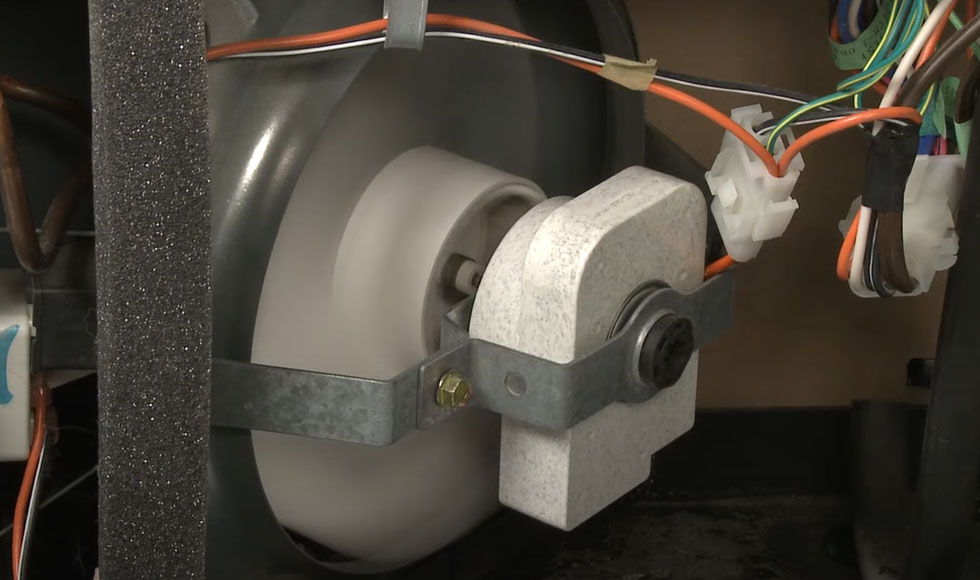 Fridges make plenty of noise in general, but not so much that a user can’t stand near them. If yours is making that much noise, then there’s likely an issue with either the condenser fan or the evaporator fan. The motors used in these fans tend to stop working often. At this point, the best thing to do would be to call a technician. You can still try a few things before that, though. 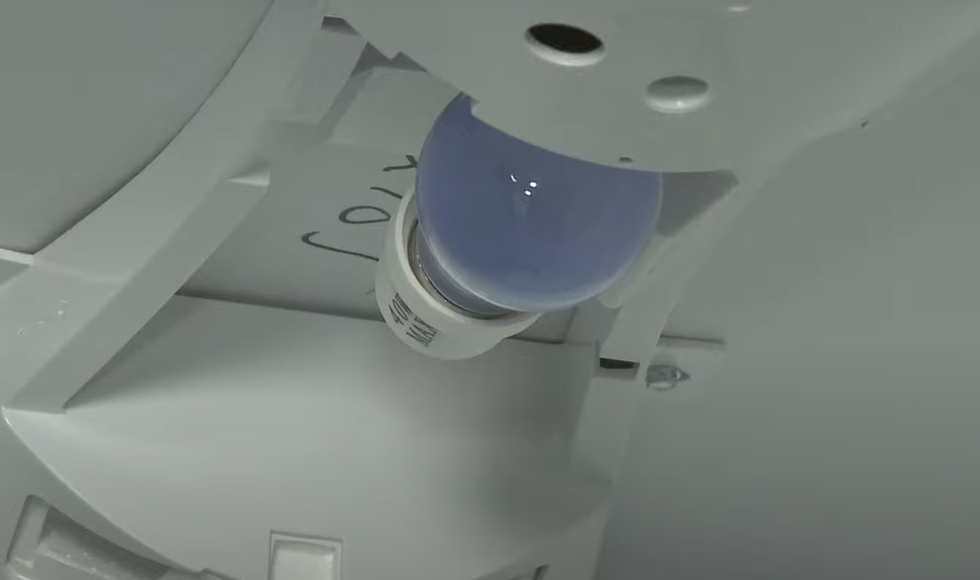 Refrigerator lights are generally designed to withstand the environment inside, so they don’t malfunction often. However, if yours still do somehow, then there’s no need to worry- they can be replaced easily. You can continue using the fridge without the lights working, though. 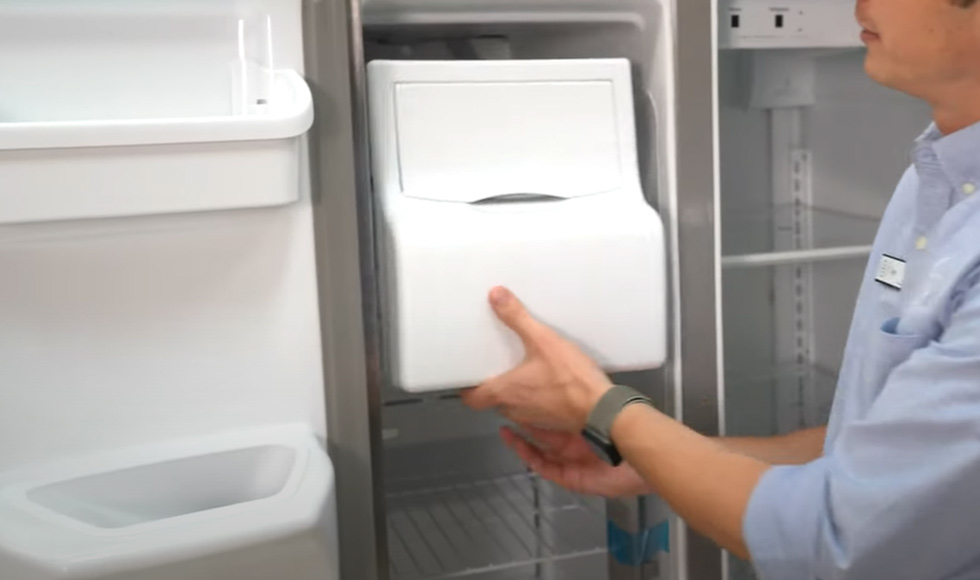 Having an Ice Dispenser is two times more convenient than manually making ice. If your dispenser doesn’t make ice, that could mean various problems. A common reason this happens is that ice clumps up inside the dispenser.

An ice dispenser needs to heat up a little to melt the ice cubes slightly to release them. Sometimes, this heat or the heat of the room entering the freezer when its door is open can also melt the ice in the bin. There’s a mechanism that usually ensures that the melted cubes won’t stick to each other. It can fail and allow the cubes to clump together. You’ll hear extra grinding noises coming from the dispenser if that happens. There are a few ways to solve this issue, but you’re going to have to put in some effort, especially if the clump is big. You have to bring out the bin and break the clumps with your hand before pulling them out. If that doesn’t do the job, you can also defrost the ice maker entirely.

Whether your fridge isn’t cooling or there are parts that aren’t working, you can find the fix you need in this list of the most common refrigerator problems. If none of these solutions work, it’s probably time to have your appliance checked by a technician. There’s likely a major issue with the internals, which is something that can often happen to old refrigerators. Although, if that’s the case and your fridge is that old, it’s probably a good time to get the best refrigerator instead.

If your fridge is working fine now, I’d recommend keeping it clean and organised to make sure it’s running at its full potential. 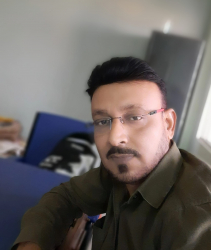 How The Whirlpool 265 L 2 Star Frost-Free Double Door Refrigerator Is The Perfect All-rounder: A Closer Look

Whirlpool 340 L 3-Star Inverter Frost-Free Double Door Refrigerator – Is It Worth The Money?

What Are Convertible Refrigerators? A Comprehensive Guide

11 Convenient Ways To Get Rid Of Refrigerator Odour

How to clean a refrigerator? Easy & Effective ways

Top Mount Vs Bottom Mount Refrigerator: Which One To Pick?

Which are the Best Refrigerator Brands in 2023? Know it from the experts

Refrigerator not cooling? Here’s what you need to do

Single Door vs Double Door vs Side-by-Side: Find the Right Refrigerator For Your Home

What is Inverter Technology in a Refrigerator?